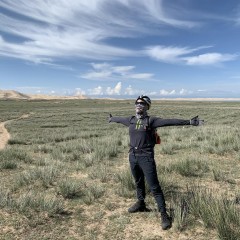 There are two ways of translating high-level language to low-level language: interpreting and compiling. Interpreting is to translate a program line by line, alternatively reading lines and carrying out commands in an interpreter. Compiling is to translate a program all at once before running any of the commands in a compiler. In compiling, the high-level language is called the source code and the low-level language is called the object code or executable. Java is both interpreted and compiled. Java’s compiler generates byte code, a kind of machine language, for Java Virtual Machine (JVM), which is easy to interpret and portable.

The process of analyzing the structure of a sentence is called parsing.

Basic operations in a program for all languages:

The hierarchy of Java the programming language:

Java is also a development platform which aims at “Write once, run everywhere”, i.e. the same program written in Java can run on various platforms. Java has different editions:

For RHEL-like linux distros (Centos, Fedora), the packages are named as below:

You can install them with yum or dnf:

Open a text editor and put the following code in it, and save as “HelloWorld.java”:

Open the shell on your system, e.g. bash on Linux and CMD on Windows, run these commands in the directory where the file is saved:

You should see the output Hello World!.

If you bump into this error:

See How to Fix java.lang.UnsupportedClassVersionError.

As you see in the directory there are two files, HelloWorld.java and HelloWorld.class. Files with .java suffix are Java source code files and .class are bytecode files compiled from the .java files. There’s another file format the jar files which have the suffix .jar. These are Java archive files, where the standard classes are stored. Most of the standard Java classes are stored in rt.jar in your JAVA_HOME.

Java programs are normally developed with an IDE, i.e., Integrated Developing Environment. Here are the most commonly used IDEs:

You can also use plain text editors such as Emacs or Vim. After all, codes are just plain texts!

First you need to purchase a domain name from a seller. A domain name without the prefix like ivanhjc.net is called the root or apex domain, and a domain lik...

Git “fatal: Could not read from remote repository”

When you work with a remote repository it’s not rare to bump into this error:

A collection of most commonly used Emacs commands